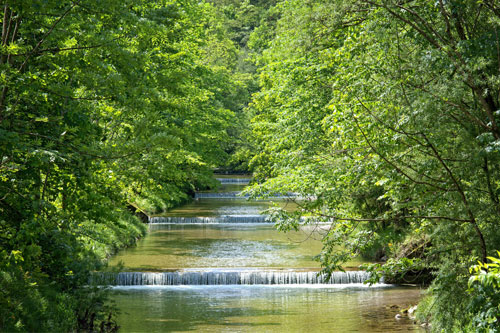 Soil conservation is the protection of soil against erosion or deterioration. It can also be defined as the preservation and careful management of the environment and natural resources.

Florida has 62 Soil and Water Conservation Districts to assist in the state’s soil conservation. They were established in 1937, according to the Florida statutes.

A Natural Resource Conservation Program is implemented by the local Soil and Conservation Districts. These districts are special-purpose, political subdivisions of the state charged with implementing natural resource conservation and assistance programs.

A board of five residents, known as supervisors, governs the districts. “District” or “Soil and Water Conservation District” applies to a county whose board of supervisors has declared by resolution said county to be a soil and water conservation district.

Some Florida counties also have very active Soil and Water Panels, which enact conservation programs and promote preservation. They also work closely with the U.S. Department of Agriculture.

President Franklin D. Roosevelt pushed for the establishment of local soil and water districts during the 1930’s “Dustbowl Era”. Supporters were mainly concerned with the soil erosion and thought farmers would be more cooperative if they were dealing with their friends and neighbors on a local board.

The Orange Soil and Water Conservation District (O.S.W.C.D.) was created under Florida Statute Chapter 582 to develop and carry out various conservation and education programs. The district also provides technical assistance to landowners to help conserve and protect natural resources.

The Soil & Water Conservation Program is a blueprint for the O.S.W.C.D. (or something about this program as this is the 1st time this program is being mentioned- needs an introduction). The purpose of the program is to preserve and protect Florida’s environment and natural resources.

I believe that a primary focus the State of Florida should be water conservation, the prevention of soil erosion and flood damage and optimum utilization of Florida’s soil and water. This focus is necessary in order to maintain these sacred resources for future generations of Floridians. We can’t wait until it is too late and these resources have been spoiled and/or depleted.

Current consumption is staggering. It is estimated the average Floridian uses about 124 gallons of water a day. Commercially, a large power plant often uses more than 2 million daily gallons of water!

Our state’s water supply is not an inexhaustible resource. Approximately 85% of Florida’s water supply comes from groundwater pumped from aquifer The main source of the ground water supply in Florida is the Florida aquifer system, which underlies the entire state.

The remainder of water is generated by rainfall. West-Central Florida receives approximately 53 inches of rainfall a year. In the central region of Florida, we usually receive between 50–55 inches of rain every year. Typically, we get 60 to 65 % of our rainfall between June and September, but lose nearly three-fourths to evaporation.

Access to water is crucial to human life and health. Many people still do not have access to clean water.

There are, however, numerous ways of addressing the widespread lack of usable water. The three primary means of increasing water access are conserving water, preventing pollution of water resources and harvesting water. Additional means include groundwater recharging and upgrading municipal water systems.

The conservation of soil, water and agriculture are all interdependent and interrelated. The State of Florida is known as “Sunshine State.” We are blessed with abundance of sunshine and in some years, rain. We should make the best of the good weather conditions and environment.